The Rugby Championship is one of the pre-eminent international competitions in world rugby. It is contested annually between Argentina, Australia, New Zealand, and South Africa.

Prior to the 2012 tournament, when Argentina entered the Rugby Championship, it was known as the Tri Nations. The inaugural Tri-Nations tournament was in 1996, and was won by the All Blacks.

The annual Bledisloe Cup is a mouth-watering side addition to the annual Rugby Championship.  The All Blacks have held the Bledisloe Cup for nearly two decades, and will once again in 2021 defend it with the passion and vigour which comes with such a prestigious and well-respected Trans-Tasman trophy.

All Blacks Hospitality has exclusive hospitality packages, including official match tickets to the New Zealand Bledisloe Cup matches and The Rugby Championship matches in 2021. 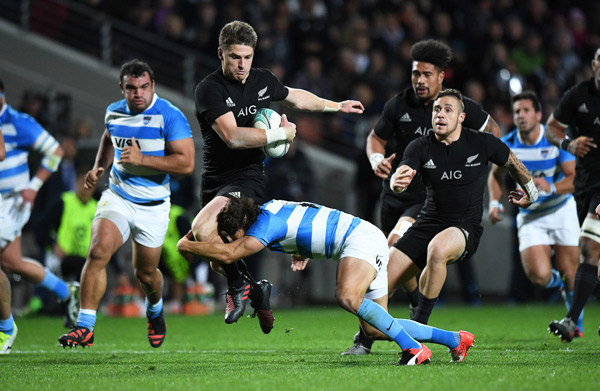 All Blacks Hospitality is developing and promoting a number of exciting non-match day events and activities.  These will include official dinners, luncheons, golf days and other events with special guests and appearances included.

"There aren't many places on this lonely planet where travelers are so well catered for – in terms of both man made enticements and splendors of the natural realm".
Lonely Planet